Very bad planning adversely affected the films’ openings. The film did not release in CEEDED and there was tremendous confusion about its’ release in Visakhapatnam. The film was released in Alankar on 29/9/78 and not in Sriram & Jagadamba (2 shows) as originally planned. Nevertheless, it did very well in Guntur (image 4). 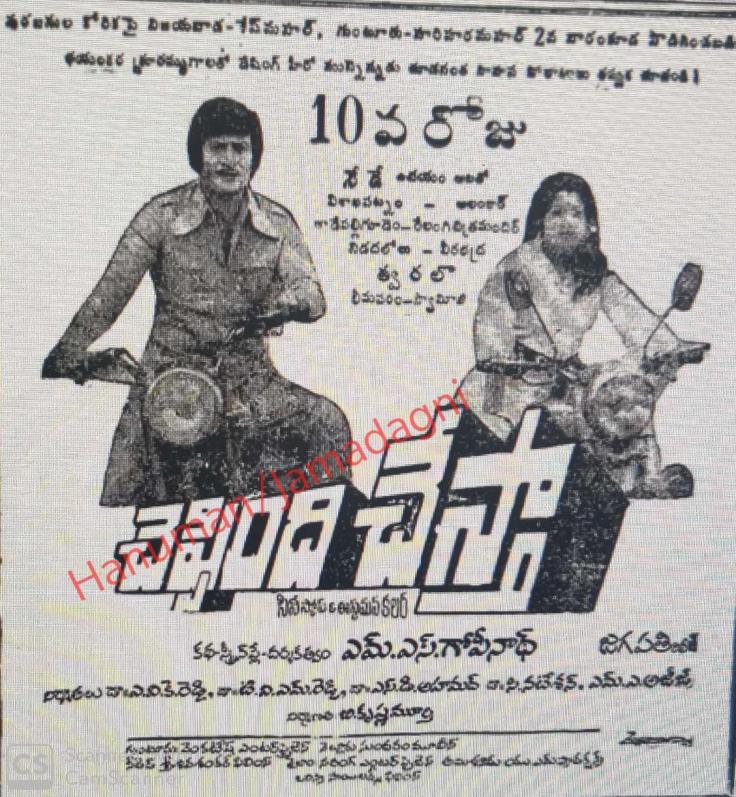