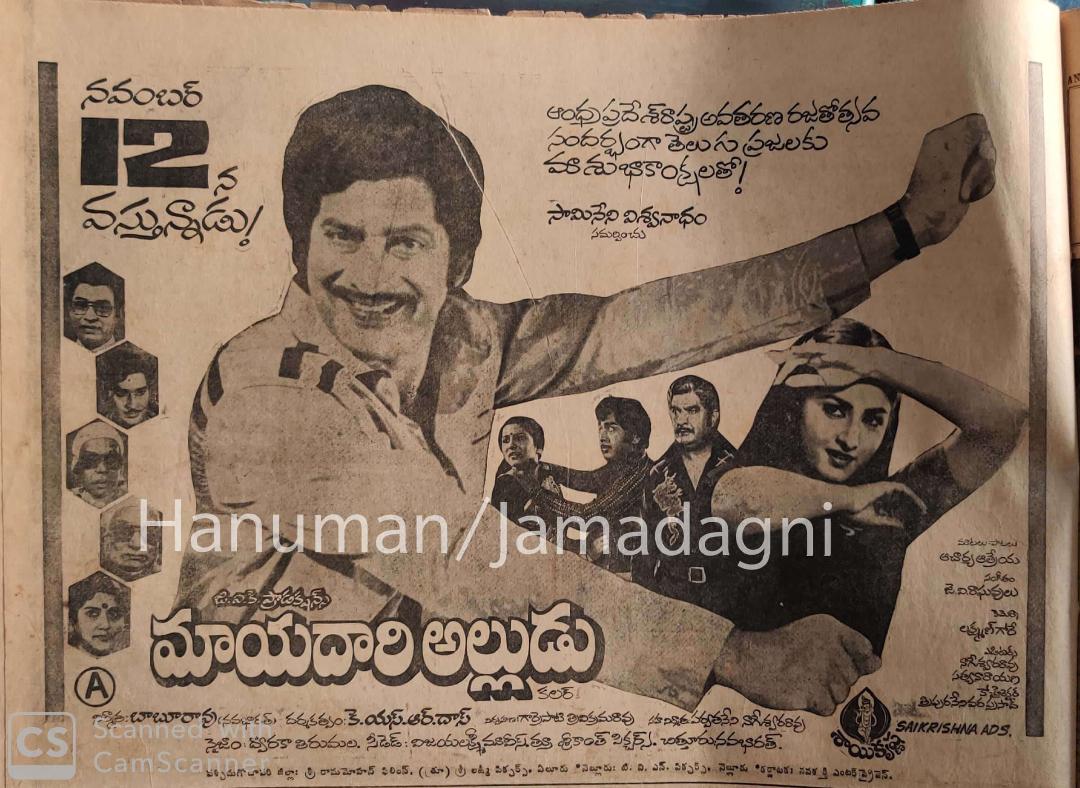 Extra theatres getting added in the 11th hour is nothing unusual. But some theatres like Padmapriya A/C in Kakinada or Sunder Deluxe in Nellore or Rajkamal in VSP are so big that the distributors used to stick to just those theatres while releasing run-of-the mill movies — those that are made with average budgets or those that did not have multiple stars – till mid 80s. But “Maayadaari Alludu” was exhibited in two more theatres  (noon-shows) in spite of releasing in the newly opened ” Pallavi Deluxe” in Guntur. Mayadaari Alludu crossed the I week collections of “Antham Kaadhidhi Aaarambham” @ Bhaskar Deluxe and created a new record for single theatre revenues in Guntur.Extra theatres were added in Ongole and Chirala also.